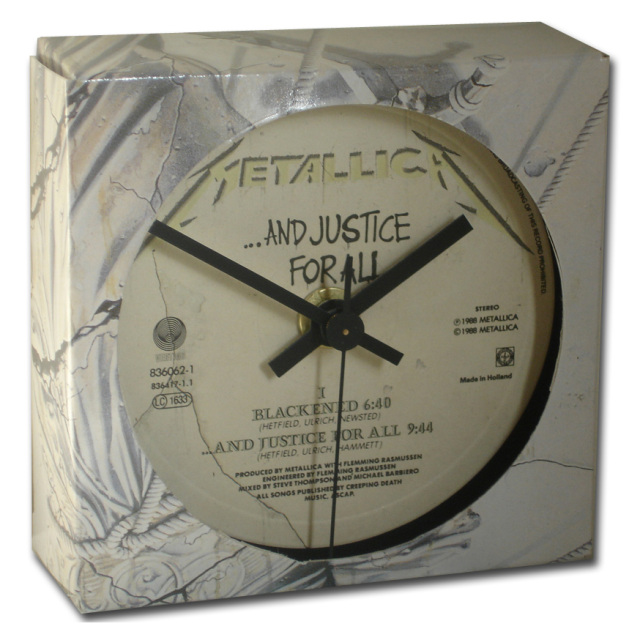 Metallica - ...And Justice For All

Made from the middle of the album, released on Vertigo in August 1988; the worlds best selling thrash metal album. This is made from the double album edition, so your clock may vary slightly from the one pictured (the design is the same, but the track listing may differ depending on the which disc of the the double album is used for the clock, and which part of the record sleeve is used for the box.)

Click here to see Metallica and a live performance of ...And Justice For All

If Metallica's management and legal team see this... you're a bunch of corporate whores who have as much to do with creativity as Metallica do to ballet. But we thank you for ridding the UK of the dreadful Louise Mensch. She took class A drugs don't you know. Wowser.